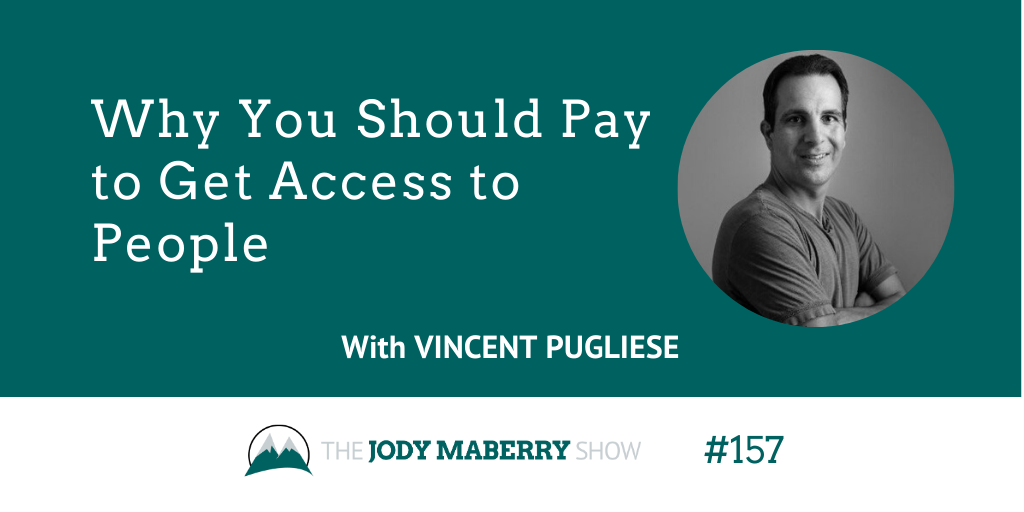 Vincent Pugliese joins me for a series of special episodes of the Jody Maberry Show. Vincent does a podcast different than anything else you will hear out there.

Total Life Freedom, a daily podcast hosted by Vincent, has no intro or outro. No theme music. Vincent doesn’t even say his name.

Inspired by his unusual style, I decided to invite Vincent to join me for a series of episodes. Five episodes in five days. Each day, we pick a topic and ask each other a question on the topic.

This episode we talk about paying to get access to people.

Tell me about a time you have paid to cut to the front of the line and get access to someone.

Vincent gives us several examples of times he has paid to get access to people to learn about podcasting, speaking and more. Access to people has helped him to build relationships and put him in the room with the type of people he wants to be around.

For me, the best example is Dan Miller. After paying to attend his Coaching with Excellence Program, Dan and I have built a relationship. Plus, I got to know many of the other people who attended the event.

Visit TotalLifeFreedom.com to learn more about Vincent and get a free audio version of his book, Freelance to Freedom.