How to Become Recommendable 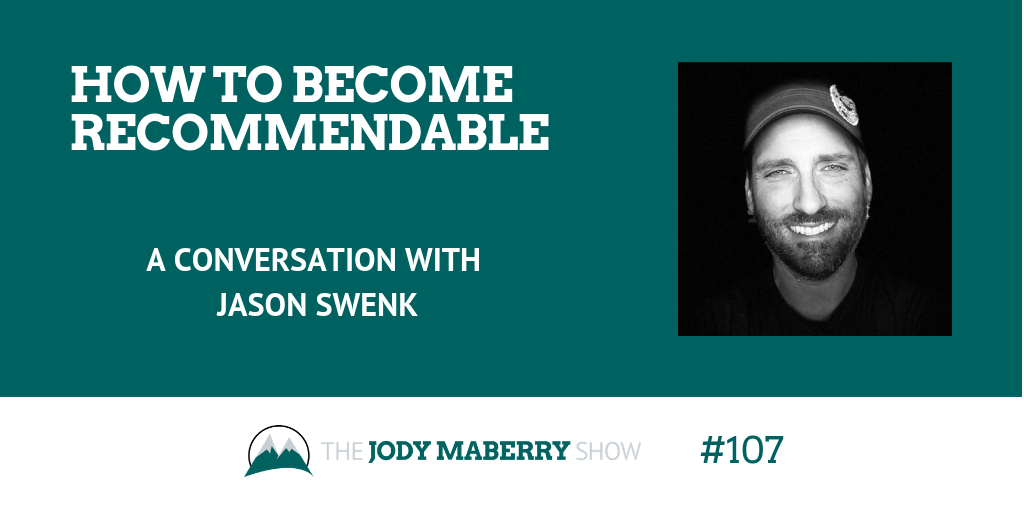 Jason Swenk was recommended as a guest by Aaron Walker. I mention that because I turn down nearly all requests to be a guest on the podcast. Since most episodes are just me, there simply is not room to have many guests. Usually, if I have a guest, it is already someone I know and have a relationship with.

But when Aaron Walker suggested Jason Swenk as a guest, I considered it. Once I did research on Jason, I knew he would be a great fit for the show.

Even though Jason has accomplished so much, the conversation has to start with the recommendation, though. What is a recommendation worth? What does it mean to recommendable?

Here is the other important thing about this interview…I messed it up. We recorded once and I strayed from my system and deleted the interview. I had to go back to Jason and let him know I made a mistake and ask if we could record again.

And that takes us back to the recommendation from Aaron Walker. Creating as much content as Jason has, someone like Aaron can get to know him. You can tell he is different and has something to say. Creating content has made Jason recommendable.

There lies the secret of this conversation…keep creating content until you have something to stand on. Keep creating until you become recommendable.

Once you get recommendable people will recommend you.

Here are all the places you can find Jason.