How to Get More Information About Your Customers 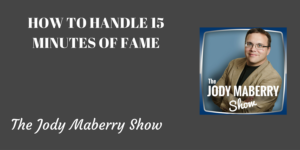 Have you ever watched any cop shows on tv? If so, I am sure you have seen an episode where an informant gives the police information that helps them do their job better.

When I was a park ranger, I had an informant once that made a huge impact on the way I did my job. My informant was an unlikely source, a homeless man. I want to begin by telling you the story of how we were connected.

As a Park Ranger, I had the opportunity to learn pieces of stories from homeless people.

Too often, those stories involved drugs, alcohol, violence, and a history of runs-ins with law enforcement. Even if my heart felt for the people I met, the Park was not a ministry or outreach for homeless people. As a Park Ranger, I had a job to rid what had become known as Thieves’ Forest of the homeless camps that had shown up in the area for years.

To do that job I often had to write tickets for illegal camping, illegal fires, rubbish, or other causes. Many times an outstanding warrant would lead to an arrest. Sometimes, even if I wrote a ticket, they would share pieces of their story with me.

Usually, something drove them to the lifestyle and into the woods. It could be drugs, alcohol, debt, violence, or a traumatic event.

Ultimately, there is no denying that all of the above can have a huge impact on your personal finances. Moreover, getting into debt can be an incredibly frightening prospect, and it can be hard to see a light at the end of the tunnel.

That being said, debt consolidation resources have come a long way in recent years. For example, anyone who is struggling for money can now use a consolidation loan calculator and other tools to determine how best to manage their debt.

Above all, I urge anyone struggling with money worries to seek advice and support from a financial expert. Help is out there and no one should feel embarrassed about wanting to tackle their debts.

Similarly, once, there was a young couple who unexpectedly became jobless. When there could not pay rent, they felt they had nowhere to go and took to the woods.

Word spread through the homeless community that Thieves’ Forest was no longer a sanctuary for illegal camps.

Word also spread about James Jones. He had eluded me for months. He was out there somewhere in Thieves’ Forest; I just never found his camp.

I had met James. I had even talked to him but did not acknowledge that I knew he was camped out there but had outsmarted me.

Our game of cat and mouse went on for several more weeks.

We had one close call I did not know about at the time. While on bike patrol, I had ridden my bicycle near his camp. I had passed within 6 feet of where he was was laying and didn’t even picked up a trace he was nearby. Although I had not noticed him, it prompted him to move deeper into the forest to less traveled spot.

James was much better at the game than I was. He had more to lose. He had more time to perfect his camouflage and cover his tracks.

Although he was careful to cover every trace, he eventually got lonely. He fought back the loneliness with a furry friend.

His companion, a striped tomcat, led me to James’ perfectly hidden and thoroughly clean camp.

James was not at home when I discovered his camp. I returned later in the week and found him home.

When I walked through his door, his face flashed surprise. I may have even noticed a sense of relief. The game was over, and he no longer had to hide. And, I think he enjoyed this part, he could tell me all the steps he had taken to stay hidden from me.

James and I struck an agreement that day. I would allow him to stay in his camp for a few more weeks while he made other arrangements. In return, he would help me clean up Thieves’ Forest.

James kept his end of the deal. I would drop off trash bags and later in the week I would find bags full of trash waiting at the trail head.

Too often, James would have to clean up rubbish left behind by tramps (Tramp was James’ preferred term for a homeless person) that had set up a camp overnight and moved on in the morning.

James also provided details about tramp activity. He told me who was in the area, when transients from out of state arrived when there was drug use and any other activity of interest.

James gave many hours of his time each week to keeping the park clean. He did not tell me about other tramps for self-preservation, he was frustrated with the condition they would leave their space when they stayed in the forest.

Unlike many of the other tramps I ran into, James did not come to Thieves’ Forest because of drugs or alcohol. In fact, I don’t recall ever seeing a beer in his camp. Nor was James there to hide because he had a warrant for his arrest. James had a social problem. He felt anxious around other people and sometimes had trouble getting along. He had an easier time in the woods by himself.

After a few weeks, James moved on. I assumed he found another area in Spokane to camp since I never saw him again in the Spokane Valley.

A few months passed when I received a call from a Spokane County Deputy. He had recently run into James and was asked to pass a message to me. James wanted me to know that when he moved out of Thieves Forest, he got a job. He moved into an apartment and essentially returned to a “normal” life.

The Deputy gave me James’ phone number, but I did not call right away, and soon I moved away from Spokane.

And what would James have said to me? I do not know, but I think he would have told me that when someone is down, they are not out. Perhaps, all they need is for you to extend a hand.

So what does this story have to do with you?

James was an informant who helped me do my job better. This is not a unique idea or something regulated to law enforcement officers. You can have an informant, too. In fact, you can have many informants. And it is simple. You just ask. Find a customer, and just ask. Ask them how you are doing. Ask what you could do better. Ask what frustrates them. Ask what delights them.

How can you do this? Well, you can create a survey. Send emails. Call someone after you do business together.

That is one thing I have learned from Mike Simmons and Mike Conner from Catalyst Sale. Call a customer and ask “Did I deliver on everything I promised?”

Holy crow. Imagine the difference that makes. When was the last time you did business with a company, and they asked you that question afterward?

It can be narrowed down to one thing I learned from James Jones…what you think is going on is probably not what is going on. Remember the story about the plot to take down a moose with a handgun? I would never have imagined that was taken place. Among other things, that information meant I needed to be more aware because some of the homeless guys were carrying handguns.

Recently I switched to ConvertKit as my email system, and that has led me to interact more with listeners of The Park Leaders Show. If you have an email list, check out Convert Kit to help you keep in touch with you customers and constituents.

Remember the lessons I shared today from James Jones. Use him as examples and get out there and find out more information about the people you are serving. Hopefully, you won’t have to let someone camp in your yard in exchange for their inside information, but if you want it bad enough, you do what it takes.