How a Podcast Took Me Around the World

Who would go all the way to Kuwait City to record a single podcast episode?

Well, me too. But I wouldn’t have been there without Jeff.

Jeff is a 30-year Disney veteran who spent his last 15 years teaching at the Disney Institute.

Now, Jeff and I have teamed up for his new podcast, If Disney Ran Your Life.

Each episode begins with, “Think differently about everything.” After working with Jeff for more than a year now, I can tell you this statement drives most of what he does.

Sometimes, thinking differently means being unreasonable. Going all the way to Kuwait to record a single podcast episode is unreasonable.

And it gets better. Rather than record from the comfort of our hotel room, we were more adventurous. I’m not talking about recording in the hotel lobby. The first episode was recorded live from the observation deck of the Kuwait Towers. 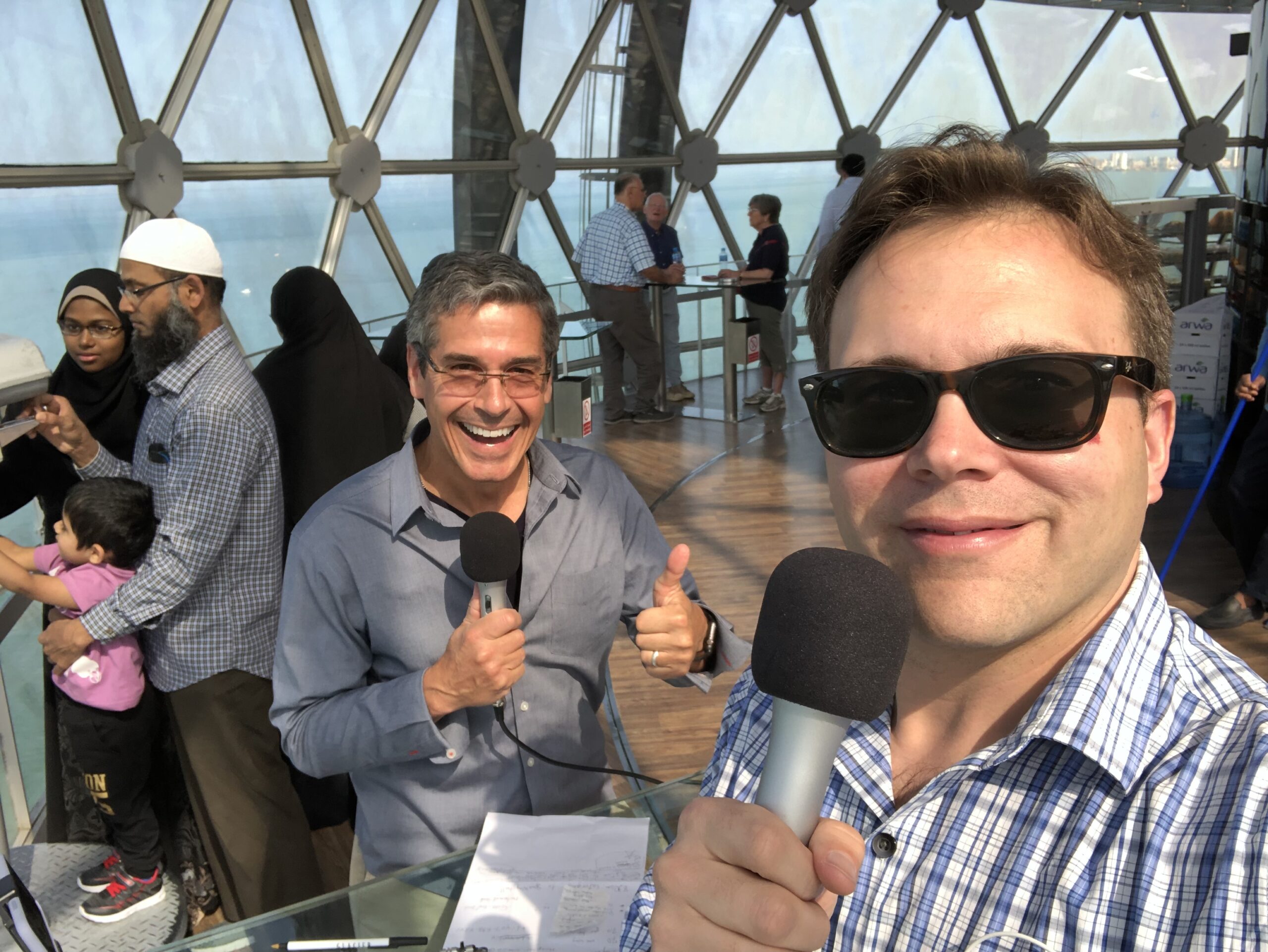 Instead of recording in comfort, we recorded in public in a foreign country. Once we set up the equipment and began recording a small crowd gathered to watch us. Here were two Americans talking into microphones without hesitation or embarrassment. More than one person got out there phone and recorded videos of us.

Now you know the set-up and the backstory for the first episode of If Disney Ran Your Life.

You will spend less than 15 minutes listening to the episode. It took me about 26 hours of travel to get to the top of Kuwait Towers to record the short 15-minute episode.

“Think differently about everything,” as Jeff Noel says.

Lee Cockerell tells me, “when you think different, you act different.”

If Disney Ran Your Life is the result of a different mindset.

You can subscribe to If Disney Ran Your Life on Apple Podcasts or wherever you listen to podcasts.

Oh, and this was my first time leaving North America. Talk about jumping in with both feet on my first international trip. We can talk about that another day. Today, check out If Disney Ran Your Life.